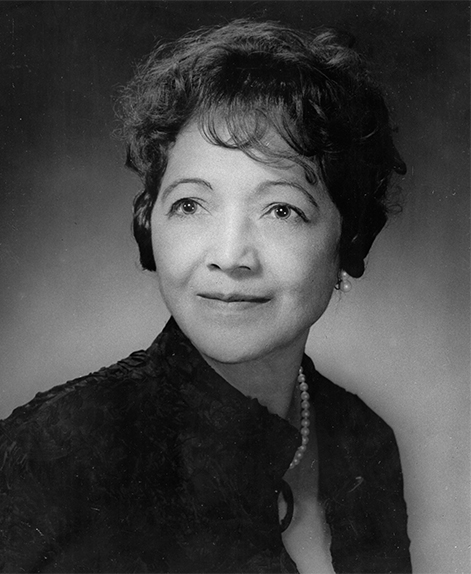 Dr. E. Mae McCarroll was appointed to the staff of Newark City Hospital in 1946. The Newark Public Library

February is African-American History Month. To provide information to the curious as well as the serious user, libraries, historical societies and museums have acquired all sorts of information to shed light on this important chapter of our national heritage.

Information about black history stretches chronologically from the earliest days of slavery to today's civil rights movements, and includes sections on slaves, free blacks, colored, Negroes, Afro-Americans, Blacks and African-Americans. Almost 400 years of history is crammed into these historical periods. Thanks to the collecting and indexing done by institutions, much new information is constantly becoming available.

This is not to say that thousands of books, periodical articles and all manner of popular works have not been written in recent years about African-American history. They have appeared and will continue to appear on the shelves of libraries. But what is also important is that there is a great base of information yet to be examined, evaluated and reinterpreted on black history before a complete story can be told. As storehouses or archives of the human experience, libraries are constantly collecting information. In the Newark Public Library's New Jersey Information Center are several areas of interest to those looking for detailed information about local African-Americans: a work titled 'New Jersey and the Negro, A Bibliography, 1715-1966'; the Al Henderson photographic collection of African-Americans from the Newark area; and Cahalan's 'Black Firsts in New Jersey, 1972.' The first of the trio is a comprehensive statewide bibliography of the holdings of all types of libraries throughout New Jersey. The second is a collection of tens of thousands of photographs taken between 1950 and 1980. The third is a 20-year inventory of black first achievements as reported in the local press, divided into 13 areas. The bibliography 'New Jersey and the Negro, A Bibliography, 1715-1966, ' published in 1967 by the Bibliography Committee of the New Jersey Library Association, lists over 1,600 books, pamphlets, broadsides, newspapers, periodicals, monographs, doctoral dissertations, master's essays and government and private agency documents. It contains information from all major New Jersey libraries along with several leading institutions in New York, Pennsylvania and the District of Columbia containing New Jersey holdings and represents an ambitious effort to identify everything significant written about New Jersey or Newark blacks. The work is a bibliography, not a narrative or story, a listing of materials on just African-Americans, and divided into 28 chapters encompassing three general areas of interest: 'Negro Life in New Jersey, ' 'New Jersey's Role in the History of American Negroes' and an 'Investigation of Attitudes and Behavior of White New Jersey in the History of American Negroes.' As you may have noticed, the term Negroes, not African-Americans, was used in 1967. While the study is New Jersey-oriented, Newark references predominate. The bibliography took nearly three years to complete under the watchful eyes of Donald Sinclair and Bernard Bush. More than a dozen librarians worked thousands of hours on it, on release time from their own libraries or during their vacations. The result was the nation's most outstanding African-American bibliography, a model subsequently used by other states.

'The Alfred Lamaar Henderson Negative Collection' is a photographic resource of approximately 20,000 prints made by one of Newark's best-known African-American photographers between the 1950s and 1980s. Subjects covered included a broad range of personal and organizational achievement, such as politician Irvine Turner, the Gospel Clefs Quartet, the Urban League, the Black Concerned Nurses, the Boys' Club, the Scott School, various ministers, Masonic groups and countless weddings. The size and content of this collection makes it one of the most important of its kind in this or any other city. At present, it is not available for extensive public use. However, it is safe from loss and harm and is a likely prospect for future grant funding.

Other valuable African-American collections in the library's New Jersey Information Center include the Harold Lett manuscripts, the Essex County Manumission Papers on film from 1800 to 1850, a listing of famous slaves who became free men, papers relating to police and community relations in Newark and across the country. Another extremely important holding is the William Ashby papers, now in the process of being arranged. This is a record of Newark's grand old man of the civil rights movement and the father of the Essex County Urban League. From the Ashby papers, the recent book 'Tales Without Hate' was published by the Newark Preservation and Landmarks Commission and edited by Doug Eldridge.

The Cahalan list of 'Black Firsts in New Jersey' was compiled by senior librarian Gertrude Cahalan of the Newark Public Library during the 1960s. The mission originated out of the Civil War centennial celebration – an attempt to list the first black who had achieved something noteworthy, such as election to office, winning an honor, being included in a profession or some other worthy achievement. The information was garnered from reading local newspapers, then noting the achievement on a file card, notations which eventually found their way onto a typed list. The meticulous work found here represents a daily checking of the newspaper for nearly 20 years. Only printed newspaper references were used – no oral recommendations. While several newspaper sources were consulted, the bulk of the information came from the old Newark Evening News and The Star-Ledger. Remember, this is a survey by one person, just a slice of history.